Who were the first people in Sedona, really?

The First People in Sedona According to the documented history of Sedona, she started attracting her first residents around 8000 BC They were a band of Paleo Indians that crossed the Bering Straight from Asia and found their way into Sedona.  They subsisted on wild game such as big horn sheep, elk and deer as […] 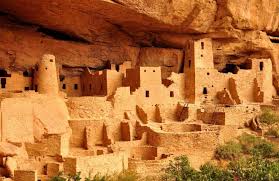 The First People in Sedona

According to the documented history of Sedona, she started attracting her first residents around 8000 BC

They were a band of Paleo Indians that crossed the Bering Straight from Asia and found their way into Sedona.  They subsisted on wild game such as big horn sheep, elk and deer as well as gathering plants and berries and pinyon nuts.

According to the history of Sedona, The Navajo named these people Anasazi which is a word that means “The Ancient strangers”

or “Ancient Enemies.” For mysterious reasons, the Anasazi left here very quickly.  The most impressive about these people is their cliff dwellings and Kivas. To this day they are very well preserved due to how well they were built.  They were built into the cliffs for a means of protection, with only one way out.  Every aspect of their daily living could be performed in the dwellings with the exception of hunting and growing food.

The Anasazi, for their religious ceremonies, would build deep pits from within there dwelling called Kivas where they would perform their ceremonies. You can find very well intact dwellings and Kivas around the American SouthWest, many of them right here in the canyons around Sedona.

The Anasazi legends bring us the story of Kokopelli, in the history of Sedona

A little man, called Kokopelli, would travel at night from village to village playing his flute and carrying a sack of corn. He would play his flute in the cornfields while the people were asleep. The next day, they would wake to find their corn crop was much taller than the day before.

The Anasazi have modern day archeologists stumped with how they built their dwellings.

According to history of Sedona, the Anasazi came here and put in hundreds of miles of roads.  They created ways to control water flow and their life was always about the farming. The Anasazi did all of this without the use of the wheel or using animals for transportation. The real enigma is some of their cliff dwellings are so high up in the mountains that today the only way to access some of their dwellings is using rope climbers.  Archeologist wonder did the Anasazi use ropes and if so what were they made of.

The Anasazi link to Greece

Besides the advanced architecture of the time period there is another larger mystery that still torments the archeologists: The Anasazi link to Greece. If you look at Anasazi from a Greek perspective, the first part of their name Anasa is Greek for “Breathe” and ZI means “lives.”  One theory is Anasa was the Queen of the Anasazi as well as one of the Queens of the Amazon.  Therefore the word Anasazi can mean “Long live the Queen”.

Why did they simply abandon everything they built? One theory is drought or they simply ran out of food. IF that were the case, why not move on….they simply disappeared. There are many beliefs about this. The most common is they were aliens that simply left when the Mother Ship returned for them. That actually could explain a lot about the technology and amazing knowledge of agriculture they possessed. They possessed knowledge in astronomy as well. There are remnants of a astronimical observatory in which they used the sky to plan their daily and religious life.

Ancient Aliens, a show on the History Channel

Another interesting thing, according to the history of Sedona, is that the Anasazi were the first people to use looms to weave cotton. They very cleverly used yucca leaves and turkey feathers to make sandals.  Here’s the thing that makes me believe they are from another dimension or planet or universe: why did they flatten and broaden their babies’ skulls by cradleboards? Since this is still a mystery, I believe they may have done that so the babies would resemble the “Gods” who brought them here from the 3rd world into what we are now in the 4th world.

I invite you to learn the history of Sedona is with me, Anita Owens. My vortex experience is truly life transformative. Come and experience the power of the vortex that will remain with you forever. Anita or her guides will guide you thru a third eye opening and then do a complete chakra clearing and connecting the 7 major chakras correctly with the vortex.  You will learn how to astral travel into a higher dimension to meet your Spirit Guides, Angels or Loved ones on the other side.

The next stop on this amazing journey is to a very powerful vortex.  Anita or her guides will teach you the true art of manifesting your daily life while in the canyons of Sedona. There are very well preserved Anasazi ruins in 7 canyons where we take you. It’s the 2nd stop on our Psychic Vortex Tour. The pictures you get here will be memories of a lifetime. This experience will stay with you for life!

The Psychic Vortex Tour is a 2 hour tour.  Book your tour today and receive $20.00 off when you mention this blog post.